Very slim, dry hind-quarter, a back and limbs that don’t seem to end. Just looking at her chest shows her activity as an athlete at the highest level. She has got the profound and piercing look of her father. 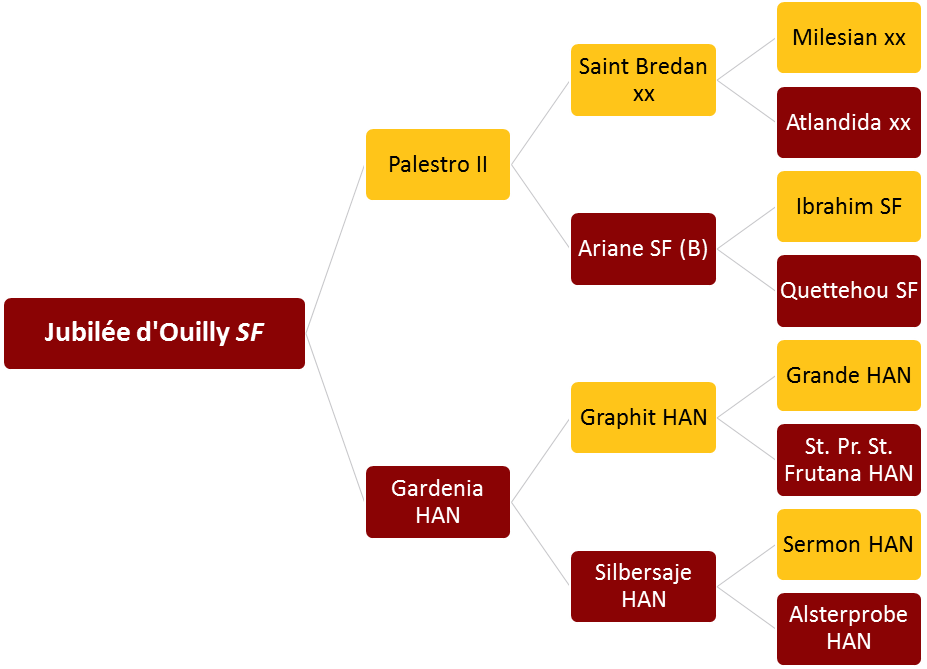 After the start of her career with Aymerick de Ponnat with who she finished 1st in the 1st qualifier for ‘La Grande Semaine’ in Fontainebleau at the age of 6 and ith who she won the Grand Prix of Einhoven and Hickstead at the age of 10, she joins Pénélope Leprévost.

A non-diagnosed sciatica keeps her out of the European Championships of August 2009. She is currently ending her recovery with doctor Pradier and will return to competition by spring 2011 with her Irish rider, Trevor Coyle.

In 2011 she will also become a mother for the first time.

In November 2012, Jub starts a new partnership with the talented Laura Kraut under the American flag. They already collected over 140.000€ in prize money. A good start. Jubilée backs Céderic up, in order to keep Laura on top of the GCT ranking, up until now. And the season has only just begun.

Jubilée has given birth to 3 foals : one male by Stenthor and one female by Lando. A filly by Calvaro is born beginning of July.